FREE Shipping on most orders.  For more information click HERE

Restoring Midrash As A Spiritual Practice 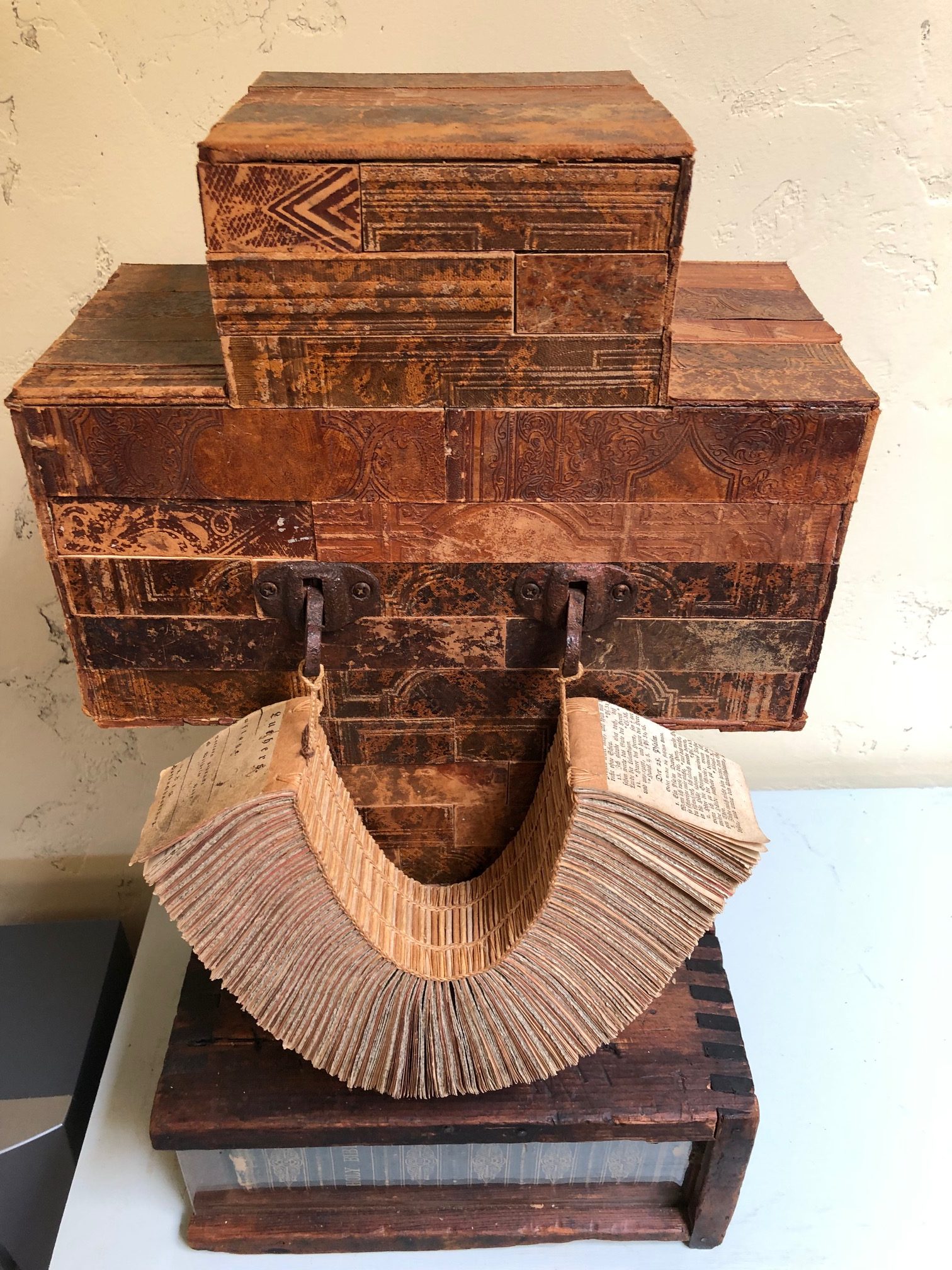 The Good Book by Jim Baker

The word Midrash is a Hebrew term with several different definitions, but perhaps the most ancient definition is the one that draws my attention. That is when Midrash is used as a mode of scriptural interpretation in which many different exegetical methods are employed in an effort to derive deeper meaning from a text.

In this context Midrash is a biblical exegesis method used by ancient Hebrew rabbis and scholars to interpret Hebrew scripture in which they reflected on a story to communicate all of its underlying and truest message(s).  Midrash is a way of interpreting Scripture that questions and imagines several possible interpretations. Midrash allows the text and the Spirit of God to open up the reader, instead of closing down other possibilities by latching onto one final and certain interpretation. Midrash allows many levels of faith-filled meaning……meaning that is relevant and applicable to the reader, and puts you into the passage to build understanding. Jewish commentaries on Scripture reflect this method by using phrases such as, “It could mean this, and it could mean that, and why don’t we think about it this way for a while?” The goal was not so much to resolve absolutely one final authoritative interpretation of a passage as to thoroughly “mine” the text for all of its possible meaning.

For the Hebrew scholar any one Scripture text might have as many as seven levels of interpretation. To discover a text’s fullest meaning they would ask how the text might be interpreted: Contextually? Literally? Historically? Linguistically? Metaphorically? Allegorically? Symbolically?  These different levels of Scripture interpretation might be compared to our human senses of hearing, seeing, tasting, smelling, and touching……five distinct ways of experiencing and knowing the same thing, but in very different “languages.”

Even though early century Christian teachers like Augustine and Origen advocated using as many as seven different “senses” in Scripture interpretation, after the Reformation Western cultures, for all practical purposes, reduced our ways of knowing Scripture to the rational/literal/historical. Consequently, our breadth of understanding Scripture was severely narrowed. That something supposedly literally happened in one exact way, in one moment of time became the primary authoritative way to interpret Scripture even though it might not have a personal transformative effect on the reader. Midrash allows and encourages you to spiritually grow with a text and not to settle for just a rational/literal/historical interpretation, but rather to use it as a starting point for potentially deeper meaning and application.

I can easily imagine that it was the 12 year old Jesus’ ability to apply a form of Midrash to the Scriptures that amazed the Hebrew scholars in the temple courts. The story found in Luke 2 says that Jesus asked questions and that the teachers were amazed at his understanding and his answers. Sounds a lot like Midrash to me.

Further, the Gospels show that throughout his ministry Jesus practiced Midrash, consistently using questions that led to spiritual meanings, often reflecting on a text, or returning people’s questions with more questions. And, Matthew 13:34 says, “He would never speak to them except in parables.” The indirect, metaphorical, and symbolic language of story and parable seems to be Jesus’ preferred way of teaching spiritual truth. Clearly, Jesus frequently spoke in metaphor, simile, story, and symbol (which don’t lend themselves to dogmatic theology) and I fear we miss many of his major messages when we don’t read them as such. We are the poorer for it when we do not imitate Jesus’ approach. To use the text as Jesus did is to allow it to transform you, to change you, to grow you spiritually.

Using Midrash As A Spiritual Practice

In Santa Fe, New Mexico, there is a well known Rabbi who leads an intensive multi-faith learning community in the local synagogue that applies the Midrash practice to the study of Jewish texts. Much of his teaching is on the writings of the Old Testament Hebrew Prophets. Not surprisingly, there is an extensive waiting list to get into one of the Rabbi’s classes. What I do find surprising is the number of protestants and people from non-Jewish faith groups who attend or wish to attend. I find this as evidence of the hunger a vast number of people have for more than a shallow or singular dogmatic interpretation of Holy Scripture found in many of our churches and schools.

To try the Midrash approach as a spiritual practice, enter your reading of the Bible with a sense of curiosity, patience, openness, and humility. Let the passage challenge you. Ask questions such as: What does this ask of me? How might this apply to my current life circumstances, to my work, to my calling, to my marriage, to my family, to my church, to my community, to my country?

To discover potentially hidden meaning examine various ways the passage might be interpreted: Contextually, Literally, Historically, Linguistically, Metaphorically, Allegorically, Symbolically, Morally. Remember, there is no one universal way to read and interpret the Bible. Read the text in different translations, letting the subtleties of each translation speak to you. Read different commentaries on a passage focusing on different perspectives, meanings, and insights.

As you practice Midrash keep in mind that people at different levels of spiritual and emotional development will interpret the same text in different ways. The part of your self that you bring to your reading of the Scriptures impacts how you will interpret the text. Who are you when you read the Bible? Is it a defensive self? An angry self? An offensive self? A power-hungry self? A controlling self? A shameful self? A righteous self? A humble self? An honest self? An open self? A loving self? This is why it is so vital that we pray and reflect before reading the Bible.

The German poet, Rainer Maria Rilke, seemed to grasp the value of applying the practice of Midrash not only to a sacred text, but to life itself. He wrote in Letters to a Young Poet: “Have patience with everything that remains unsolved in your heart. Try to love the questions themselves, like locked rooms and like books written in a foreign language. Do not now look for the answers. They cannot now be given to you because you could not live them. It is a question of experiencing everything. At present you need to live the question. Perhaps you will gradually, without even noticing it, find yourself experiencing the answer, some distant day.”

The presence of this badge signifies that this business has officially registered with the Art Storefronts Organization and has an established track record of selling art.

It also means that buyers can trust that they are buying from a legitimate business. Art sellers that conduct fraudulent activity or that receive numerous complaints from buyers will have this badge revoked. If you would like to file a complaint about this seller, please do so here.

This website provides a secure checkout with SSL encryption.

Your cart is currently empty.

This is only visible to you because you are logged in and are authorized to manage this website. This message is not visible to other website visitors.

This means you can use the camera on your phone or tablet and superimpose any piece of art onto a wall inside of your home or business.

To use this feature, Just look for the "Live Preview AR" button when viewing any piece of art on this website!

Below, select which favorite lists you would like to save this product into.

This means you can use the camera on your phone or tablet and superimpose any piece of art onto a wall inside of your home or business.

To use this feature, Just look for the "Live Preview AR" button when viewing any piece of art on this website!

Subscribe to our newsletter to receive occasional specials and to get the inside scoop on new images and exhibitions.

Enter your email below and we'll email you a 10% OFF Coupon right now!

This offer is valid for NEW CUSTOMERS only!

<p> Cookies are important to the proper functioning of a site. To improve your experience, we use cookies to enable shopping cart functionality, to remember log-in details and provide a secure log-in, to collect statistics to optimize site functionality, and deliver content tailored to your interests. Click "Accept" to accept cookies and go directly to the site. </p>